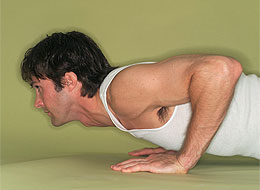 “Hazing” refers to any activity expected of someone joining a group (or to maintain full status in a group) that humiliates, degrades or risks emotional and/or physical harm, regardless of the person’s willingness to participate (www.stophazing.org).


Have you considered the psychological effects of hazing — the hidden harms?

You are on Facebook and see some of your teammates’ posts about upcoming “initiation” for this year’s freshmen, as well as pictures from last year. You know it’s actually hazing and you’re not comfortable with what they are planning.

It seems that they push the limit a little more every year but they justify it by saying it’s what makes the team close and that it’s “tradition.” You want to say something but feel intimidated and don’t want them to think less of you. What do you do?

Hazing Scenario
You group is planning an initiation for this year’s freshmen that encourages drinking games, swearing and condescending language. They say it’s all in the name of a good time and group bonding. You were the host of one of the incoming freshmen on their recruiting trip and have stayed in touch. You know that his father is an alcoholic and there have been domestic violence issues in his family. You think what the group has planned may trigger some personal issues with this freshman. What do you do?

Team building/initiation “type” activities can be a good thing and very beneficial. They should be serious and challenging, help the person find an identity in a group of athletes and give them a sense of belonging. These types of activities, however, are different from hazing in very fundamental ways. Without careful consideration, they can too often degenerate into hazing where they humiliate, embarrass, degrade or endanger people. Ask yourself:

How Hazing Is Justified

“In terms of hazing, something that I am strongly opposed to, as a senior I had the ability to dictate whether any initiation activities would go on and used my standing as a senior captain to put to rest any negative hazing activities, and instead started new traditions that involved bringing the team together rather than forcing people into awkward situations.”