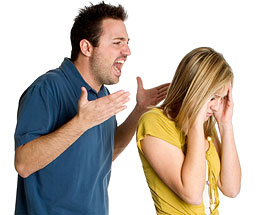 Abuse is about control.


View the Power and Control Wheels:

You and a friend live on the same wing in the dorms. You walk by her room and hear her crying. In the past, she has shared with you that her boyfriend yells at her, humiliates her, and always wants to know where she is and who she’s with. She also says he won’t let her do things she wants to.

It appears she has some fresh bruises around her eye and on her arms. What do you do?

Relationship Abuse Scenario
A friend pushes and then slaps his girlfriend at a party. Other people see it and are upset but don’t do anything.  He’s not a very close friend, but someone you’ve taken several courses with and have had cordial discussions. What do you do?

Relationship Abuse Scenario
You live in the dorms and overhear your RA having a conversation with his girlfriend, who you also know. The conversation is getting pretty heated and you hear him call her “slut”. The RA demands that she give him her cell phone so he can check her text messages. The girlfriend tries to leave but the RA says, “You’re not going anywhere until we get to the bottom of this,” and blocks her from leaving. What do you do?
(Adapted from The University at Albany Counseling Center)

Relationship abuse/violence is often very hard to identify. It can often follow learned behavior patterns that come from family, culture and media. “That’s just how our (family or culture) acts,” is a common excuse for perpetrators and victims in relationship violence. Also, many people never consider themselves abusive or abused, so they don’t recognize “warning signs” for abuse as having anything to do with their relationship. Talking about and identifying what a HEALTHY RELATIONSHIP looks like, helps in seeing the problems that may be in your own, or your teammates’ relationship.