Our special guest and keynote speaker for the 2016 Facilitator Training is: 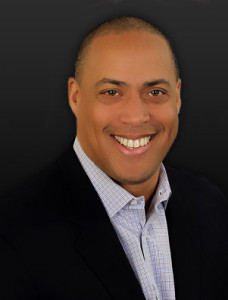 For more than 27 years, Don McPherson has used the power and appeal of sport to address complex social justice issues. He has created innovative programs, supported community service providers and has provided educational seminars and lectures throughout North America.

As an athlete, McPherson was a unanimous All-America quarterback at Syracuse University and is a veteran of the NFL and Canadian Football League. As captain of the undefeated 1987 Syracuse football team, McPherson set 22 school records, led the nation in passing and won more than 18 national “player of the year” awards, including the Maxwell Award as the nation’s best player, the Davey O’Brien National Quarterback Award and the inaugural Johnny Unitas Golden Arm Award. He was second in the Heisman Trophy voting. In 2008 McPherson was elected to the College Football Hall of Fame. In 2013 Syracuse University retired his #9 jersey. Only the fourth number (and one of five) to be retired in the history of the University’s storied football program.

Since 1986 McPherson has delivered school and community based programs addressing issues such as drunk driving, alcohol and substance abuse, bullying, youth leadership and mentoring. Upon retiring from pro football in 1994, he joined Northeastern University’s Center for the Study of Sport in Society as national director of Athletes in Service to America. In 2002 he founded the Sports Leadership Institute at Adelphi University, for which he served as executive director until 2007.

In 1995 McPherson turned his focus to the issue of “men’s violence against women,” as director of Sport in Society’s Mentors in Violence Prevention Program, taking over for the program’s founder, Jackson Katz. McPherson emerged as a national leader and advocate for the prevention of sexual and domestic violence.  He has conducted workshops and lectures for more than 250 college campuses, community organizations and national sports and violence prevention organizations.  His programs and lectures have reached more than 1 million people.

Additional speakers will be added soon.